1. Will you do me a HUGE favor and forward this link —

— to one person (or, yes, two people!) you know in our local food-and-drink service industry? Owners and cooks and servers and bartenders and baristas. I want to ask them about: food-delivery apps, the comfort-food dish they eat most on the hard days, if they have enough employees, a pandemic-forced change to their business they want to keep doing, the future of our dining scene, the future of downtown….

Oh, and somewhat related: What did I order for carryout the most throughout the pandemic? “NashHot” pork belly sliders on pretzel buns from Hammerheads — two per order (OK, sometimes three), always with a side of sweet-spicy Grippo’s fries. I actually went back and looked at old receipts online and stopped counting when I got into the 20s and felt embarrassed.

A question for ya: What dish did you order for carryout the most during the pandemic?

2. Last Friday, I wrote about this week’s release of The Power of Giving Away Power, the first book by Louisville Magazine publisher Matthew Barzun, and forgot to mention my favorite Louisville story in its pages. (Link goes to Carmichael’s, which is where I shop.)

In 2006, U.S. Sen. Barack Obama spoke to a crowd of five thousand at Slugger Field, then planned to meet Muhammad Ali for the first time the following morning. When that meeting got delayed, Obama asked Matthew, who had helped with John Kerry’s presidential campaign, if he had any non-Democrat friends available on short notice. Obama said, “It would be great to invite them over and just hear what’s on their minds.”

Matthew quickly got together a group of ten or so, and all of them — Republicans, Democrats, Independents — gathered around a conference table. In the book, Matthew writes, “Obama spoke a little, but not much. He went around the table and asked people what they were thinking and feeling.” Obama jotted down some notes, wrapped up with a short summary.

“On the way to the airport, after visiting Ali, I checked my voicemail. It was full of calls from the friends who had been around the table. Each…went out of their way to say what an inspiring speaker he was. That was strange. I had been paying close attention. He really hadn’t spoken much at all.”

A friend who wasn’t there called and asked, “Did he light up the room?”

“Yes, the room got lit up, but no, he didn’t light it up in the way my friend meant. Not like a big beam of light that you are attracted to (or maybe stunned by).” It wasn’t Slugger Field Obama. “Instead, he got everyone to switch on their own light somehow.”

3. Muhammad Ali died June 3, 2016 — five years ago yesterday — and his Louisville burial was a week later, on June 10. Last week, I mentioned the interview I did with the imam who was by Ali’s side when he died, and we included his memories in a collection of stories titled “The Greatest Goodbye,” published at the end of 2016. I also interviewed Ali’s best friend, Louisvillian John Ramsey, who told me:

“During the funeral procession, I was in a car with Will Smith, and almost as soon as we left he put the windows down. And I thought uh-oh. Will said, ‘Muhammad wouldn’t want us in a bubble.’ People would run up, see me, and I’d say, ‘You want the other side of the car for Will.’ As we drove through town, because I know so much historically about Muhammad, I’d tell them stories: ‘This is Grand Avenue where he grew up, this is Chickasaw Park where he’d run.’

“At the gravesite, as part of the Muslim burial, there were shovels and a stack of dirt. Mike Tyson, man. It was so hot that day. And they had a plastic tarp over us in case it rained. Tyson took off his jacket and was like, ‘C’mon, let’s go to work.’ So we had a line: shovel, move, shovel, move. He’s down there and we’re burying him. Tyson was getting at it. They had a little station where you could clean off your shoes, and I remember looking at Tyson and he was dripping with sweat.

“I still struggle with it. I hope there’s a time when I can come to peace with it. Maybe it’ll always hit me. It’s just so hard to let him go. Who fills that void?

“I go to Cave Hill often. The gravesite is not ostentatious or showy. It’s welcoming: Come on in and sit down with me for a while. The last time, I didn’t go out there with this intent, but there’s a new book out on Muhammad, and I just happened to have it in my car. I saw the benches and said, ‘Hey, Muhammad.’ And I got my book out and read to him.”

4. How about a newsletter slow clap for Starr Savoy, who interned at Louisville Magazine before and during the pandemic and is now a fellow at Elle.com. One of her pieces is titled “Returning to the Black Hair Salon Felt Like Coming Home.”

She wrote, “Living in a rural area in Kentucky, the Black salon was the only place where I would see successful women, outside of my mother, who looked like me.”

5. That project from last year I keep mentioning, the one about the 2020 class of local high school seniors? Two more — both UK students — answered my recent follow-ups.

What’s your biggest fear right now?
“That my sophomore year of college is going to be much tougher because I’m going to be a lot more involved on campus, which could lead to declining grades.” — Rana Alsoufi

“Losing any close members of my family. Or going broke.” — Malka Churchill

What’s your biggest hope right now?
“Now that COVID restrictions are slowly but surely getting lifted: that things are going to be going back to normal and I can finally do the things I’ve been longing to do for so long. I miss live music so much.” — Alsoufi

“Starting sophomore year of college, traveling with my friends, going out in big public spaces with a bunch of people” — Churchill

If you could travel back in time one year and give yourself advice, what would you say?
“Be patient, learn to adapt. You won’t have much control over things, so it’s important that you learn to take things slowly and not get too upset.” — Alsoufi

What song captures your mood right now?
“‘Brutal’” — several mentioned this one — “by Olivia Rodrigo. It describes the hardships of life, especially to a younger teenager.” — Alsoufi

“‘Run the World (Girls),’ by Beyoncé. Women are rising up and finding their full potential.” — Churchill

A year after Ali’s death I did a story about his Cave Hill gravesite — Lot 2, Section U, at the southern edge of the cemetery’s 300 acres. The 7-by-3-foot ledger of African granite is inscribed with a quote from the man buried beneath it, about how he stirred up a bunch of ingredients — a few cups of love, one quart of laughter, one pinch of concern — and served it over the span of a lifetime to every person he met. Muhammad Ali: January 17, 1942, to June 3, 2016. When Cave Hill opened the day after Ali’s June 10 burial, thousands of people visited what was then just a modest marker with Ali’s name. When I was there in 2017, the head gardener, Danny Key, wiped down the granite benches, cleared magnolia leaves and bright-red hibiscus petals off the limestone steps, trimmed the ivy that was hard to grow because of all the foot traffic. “Never thought in my life I’d be this close to him,” he said.

Here are just some of the things people have left at the Greatest’s grave: 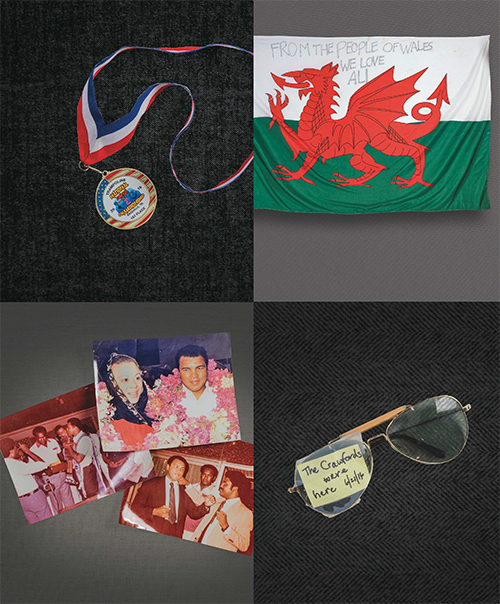 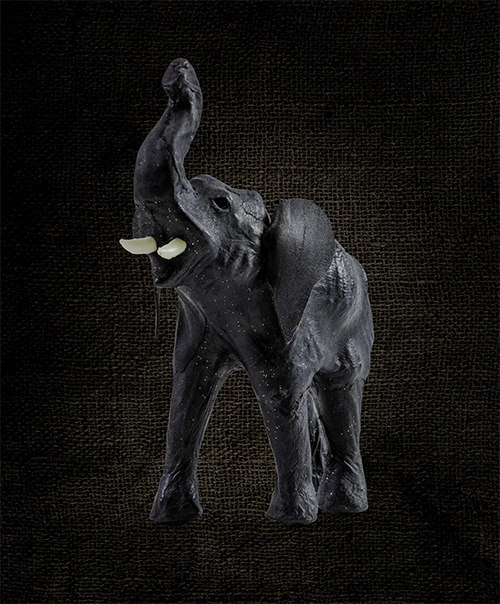 Symbolizing the Rumble in the Jungle, Ali’s famous 1974 win in Africa against George Foreman 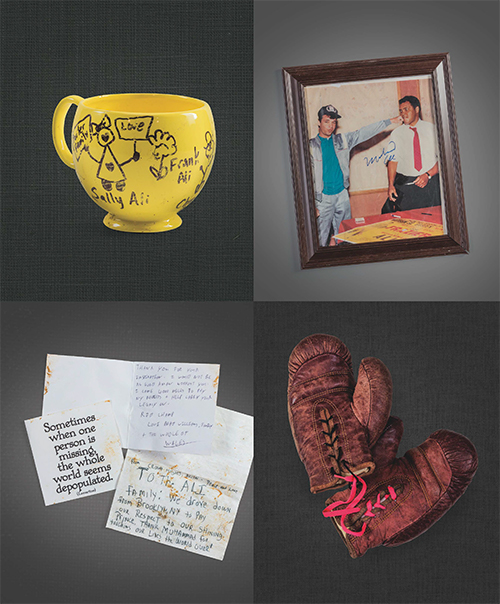 Two weeks ago Dana Graham read “Five. Oh! Too…” — the one where I mentioned the New Yorker piece “Can Horse Racing Survive?” — and she wrote to me: “FINALLY a big, fat spotlight on the cruelty of the sport. If ‘The Greatest Show on Earth’ could be toppled….”

She also commented on all the song recommendations from last year’s graduating class of high school seniors. “Their answers? Gave me chills. The good kind. I look forward to checking out the tunes the kids mentioned, as they are all new to me.” (I know! Man, music I’ve never heard of is the No. 1 thing that makes me feel old. One respondent mentioned “Twerkulator,” and I had to look it up to make sure she wasn’t messing with me.) “Me? My music choice to sum up the pandemic? Well, uh, er, ‘The End of the Innocence,’ by Don Henley, comes to mind.”

And Dana ended with: “THANK YOU for keepin’ on keepin’ on. Chin up, buttercup. It’s gonna be a long summer.”