All categories
All in one place 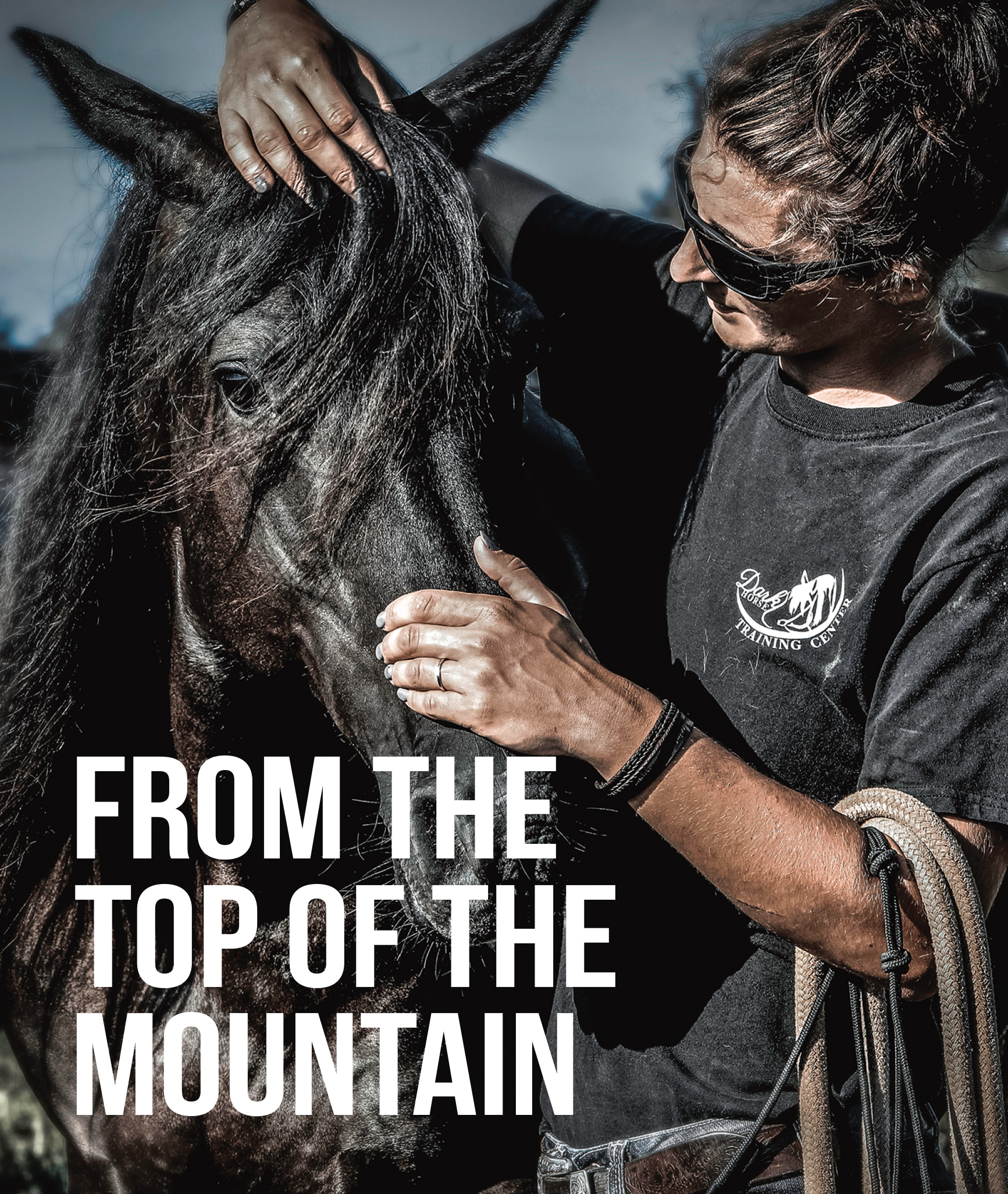 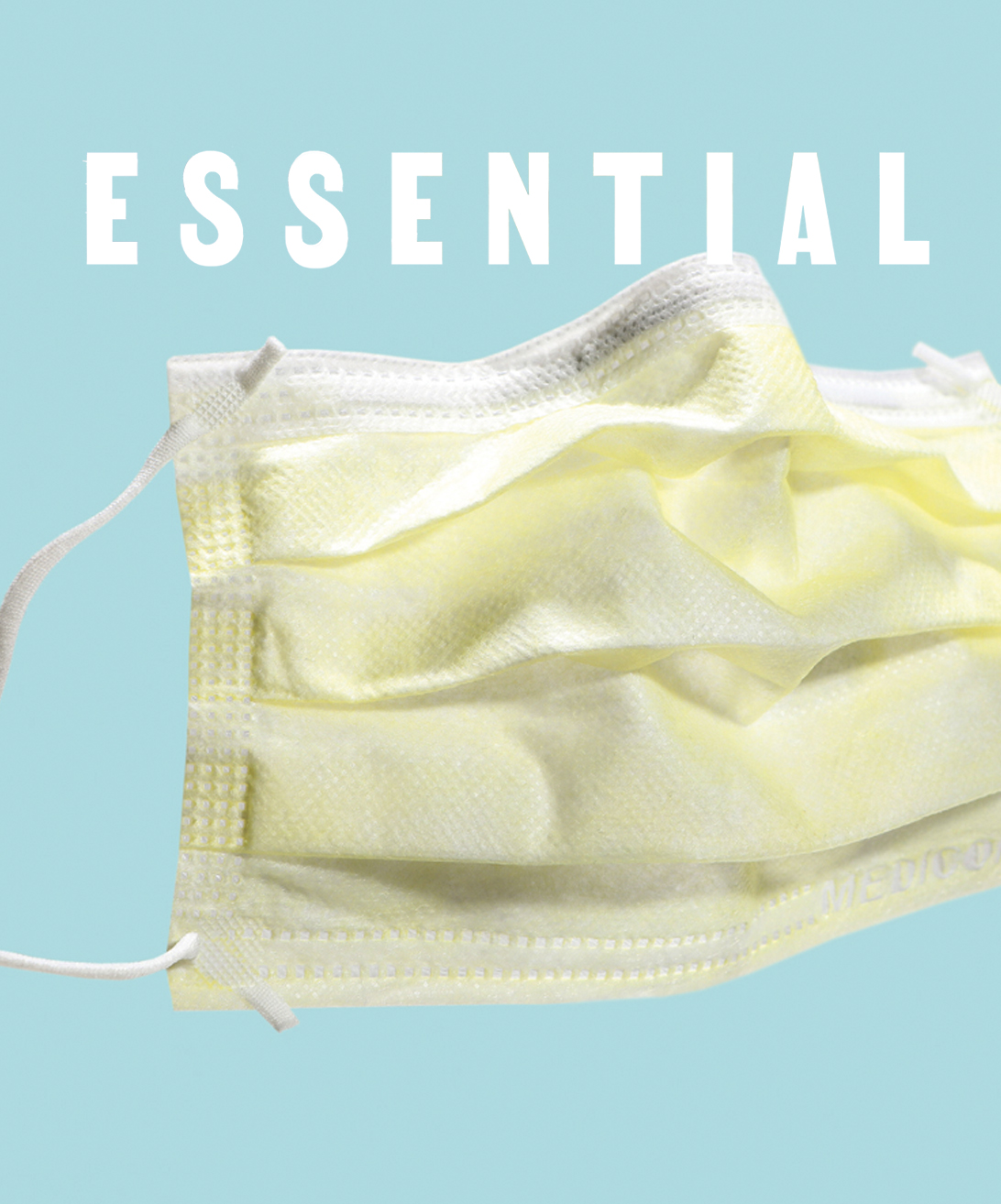 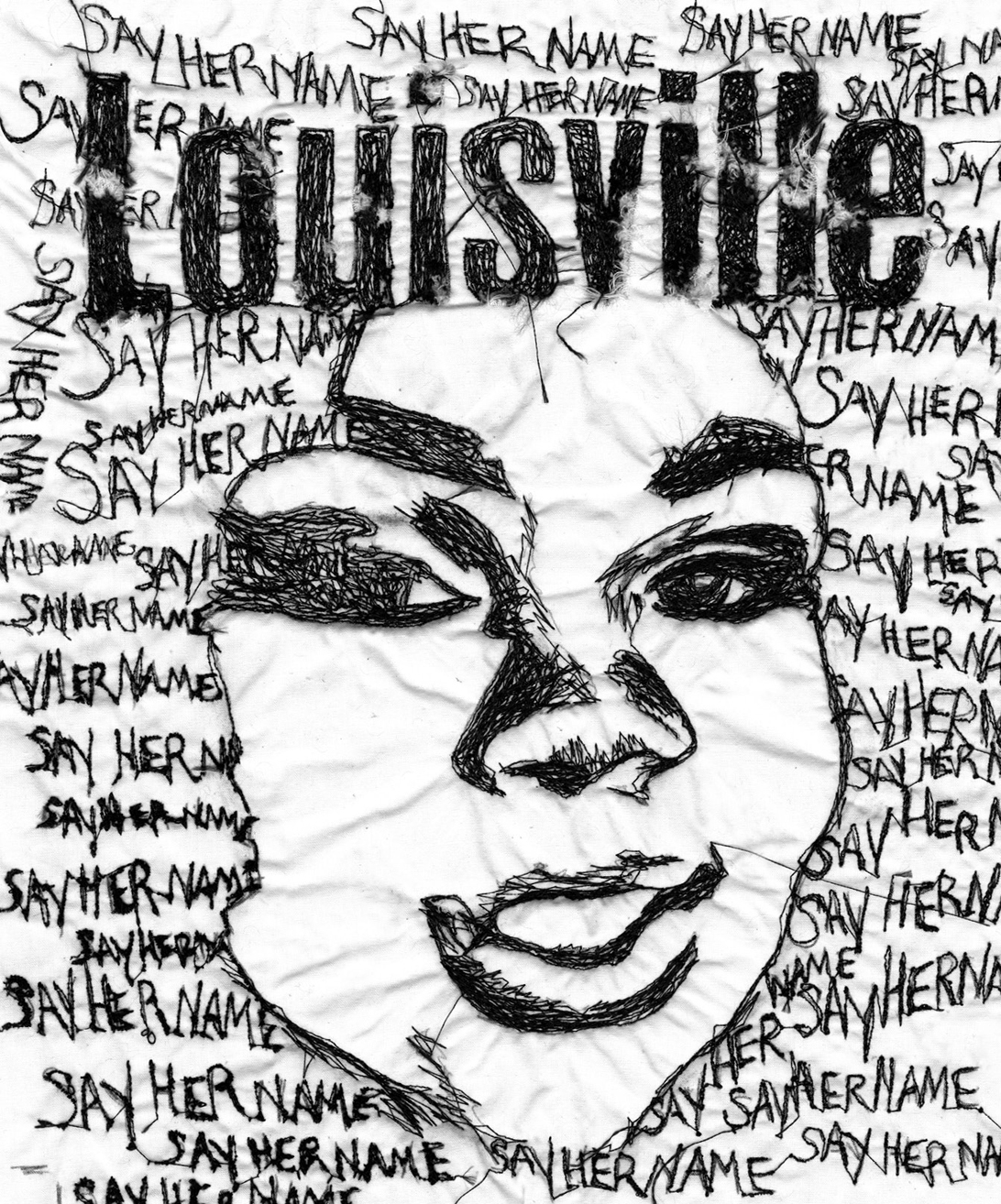 Muhammad Ali died June 3, 2016. This is the story of the week the city and world came together to send him home.

Last year, after the pandemic postponed Kentucky Derby 146 from May to September (without fans), we talked to folks about what the Derby means to us as Louisvillians.

“A September to remember is what I would say about moving the Derby date. I think most people will come. It’s so close to the fabric of who we are in Louisville that I think the city will celebrate. It could well be the perfect release. I have high confidence Churchill will be able to re-create an event with high standards like they always do — and people will come. You’re not the oldest continuously run sporting event in America without being able to be resilient.”

“As a jockey, we all are in pursuit of the Kentucky Derby because it’s the dream. Just the fact that you get there is quite the achievement, and you want to get back again. You want to do it right so you can go back again.

“It will be interesting to see what 2020 turns out to be in the racing industry. I’m on the bench right now, recovering from an injury. I’m a spectator watching like everybody else. I guess it’s not a bad time to be on the bench.”

This piece, originally titled “The Fashion Forecast,” was scheduled to run in our 2020 Derby Issue, to prepare us for (increasingly expected) unexpected weather on the first Saturday in May. But we never published that issue as planned because, two weeks after the shoot, something else unexpected upended our lives.

On Feb. 28, 2020, a team and I entered the Highlands photo studio of Steve Squall, rolling racks laden with garment bags stuffed with spring fashions, hat boxes filled with feathery fascinators, and a beat-up stylist’s kit containing the usual clamps, pins and lint rollers — but, also, more notably, a big pump bottle of Purell.

At the time — about two weeks before the pandemic shut down our city and much of the world — we were teetering on the brink of an altered reality. We just didn’t exactly know it yet. Most of us still believed we would be going to the Derby, not realizing the pandemic would postpone the race to the first Saturday in September, with no fans in the ghostly stands.

It’s the 1890s and Louisville is on top of the world. And here you are: a baron in a baron’s mansion that stands in a sea of barons’ mansions. Yours is a world of stained-glass windows, grand staircases and parlors large enough to host ensembles of the finest musicians. These are the kinds of homes you’d stick a pineapple statue in front of.

Now open your eyes. There’s a bottle of piss on the balcony. There’s a syringe in front of the fireplace. This is no American dream.

Ed Lee attempts to find rebirth amid the chaos.

The Bravo network just released the trailer for season 18 of Top Chef, which premieres April 1 and will feature Louisville chef Edward Lee, a former contestant, on a rotating panel of judges. In this piece, published in December, Chris Kenning talked to Lee about Top Chef, frozen pizza, belting out songs while shirtless in a karaoke bar and so much more, including the struggle to survive as a restauranteur during the pandemic. Lee said, “It’s hard for me to look at any kind of expansion when I’m literally in the middle of closing restaurants and I’m in the middle of trying to help other people not to close their restaurants. And I’m seeing some having their careers basically ruined. That’s been a psychological roller coaster.”

“We Have So Much Room to Grow”

26 Black women in their mid-20s talk about everything from motherhood to protesting, gun ownership to Afrofuturism, Netflix to being the boss — and aspirations for life beyond 26.

I Just Want It to Go Away

A three-month time capsule of life under lockdown.

The pandemic has affected every aspect of life in Louisville: every industry, every neighborhood, every family. So, from March through June, we interviewed folks from all walks of life about their experience of the “new normal” — respiratory therapists, hair stylists, epidemiologists, factory workers, teachers, recovering addicts, small business owners, politicians, survivors and the bereaved. The result is a four-month time capsule of life during COVID containing a wide range of perspectives, from the hospital chaplain enduring the unthinkable to the high school cafeteria manager keeping kids fed.

Kid with a Mic

A year in the life of rapper Jack Harlow.

As his parents pulled into the driveway, Jack Harlow had a question from the backseat. He was 12. “Mom,” he said, “how do I become the best rapper in the world?” His mother had just read the book Outliers, which popularized the theory that the secret to greatness is 10,000 hours of practice. With Jack’s 18th birthday as a deadline, she did the math. For the next six years, her son would need to work on rapping for four or five hours every day.

Robert Curran, the artistic and executive director of the Louisville Ballet, has spent his life fitting into molds. Now he’s breaking out of them.

You think it’s Pinkerton up there onstage, with his new Japanese bride, the lover he’ll soon forsake. But it’s not. That’s Robert Curran, the dancer, performing Madame Butterfly in November 2011, the last season of his career. You think he’s gazing at Cio-Cio San, the character, but he’s not; he’s gazing at his dance partner, Rachel Rawlins, a woman he has danced with many times in his 16 years with the Australian Ballet, 10 as a principal artist. Yes, of course, he knows the story, the betrayal coming up, poor Cio-Cio San’s fate. He will bring all of that to life — has trained, monastically, to do so. But right now, with this pas de deux, when the two characters are about to sleep together for the first time, he has the chance to push himself into that indeterminate thing that makes true art happen: risk. For that he’ll need emotion. Real emotion. Not just Pinkerton’s, but his own. So he’s thinking about Rawlins: What can he do to surprise Rawlins? How can he make Rawlins — not Cio-Cio San, the character, but Rawlins — feel something?

In Jefferson County, 4,000 to more than 5,000 households get evicted every year. This is the story of those who witness it, and of two people caught in the spiral.

A black rolling cart hauls a stack of bubble-gum-pink folders to the third floor of the Hall of Justice downtown, landing in the lap of eviction court. Below, on the first floor, the 8:45 a.m. push of people files in through metal detectors, a march of mostly reluctant faces. Deputies’ wands drift over limbs extended like starfish, beeping at pocket change, ankle monitors, belt buckles and hip replacements.

Those here for eviction court arrive on the third floor and squint at the docket taped outside the doors, checking for their name, then typically retreating to gray metal benches with holes the size of pencils. There’s a seriousness of place here: stocky granite pillars, police officers, briefcases and, beyond a corridor of courtrooms, glimpses of daylight through a set of windows.

An abortion battle between two sides, equally convinced in their beliefs, plays out every day on Market Street.

The only abortion clinic in Louisville opens at 7:30 in the morning, and that’s when each woman, 20 or more on a busy day, is scheduled to arrive for her appointment. Five days a week for the past 17 years, Donna Durning has shown up about an hour before that. “Maybe one of the girls will come early, and I’ll have a chance to talk to her before everybody else gets here,” she says. “It’s the last chance.”

On this February Saturday, she parks her white Mercedes Benz on the street in front of E.M.W. Women’s Surgical Center, a one-story brownish-brick building on the south side of Market, between Second and First, across from a Subway and a business called Action Loan. She’d like to get a bumper sticker made for her car that asks, “Have you hugged your choice today?” 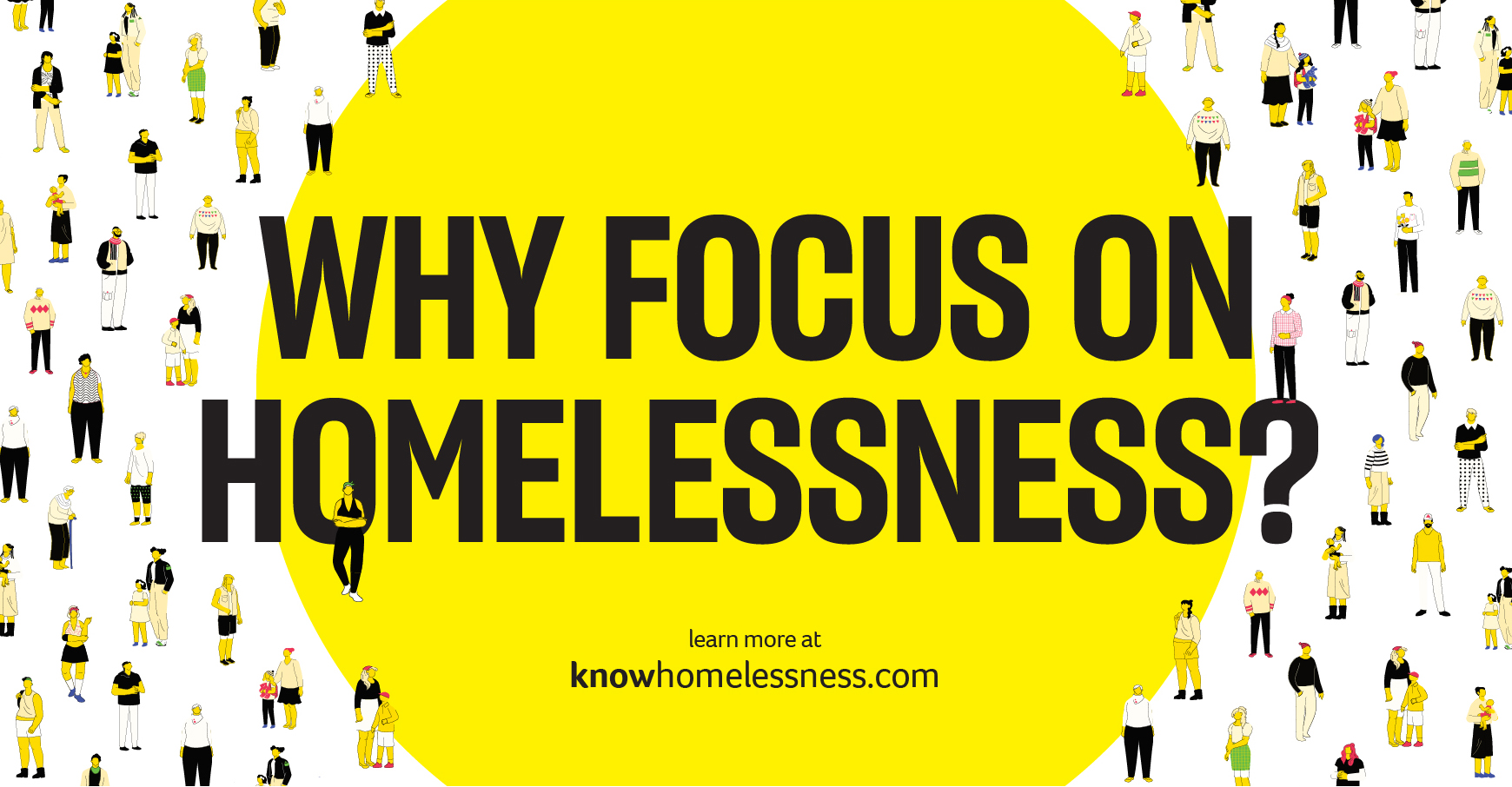