“Orlando, a house near Kings Island and here in Louisville are probably the three best places to live in the world.” — Emilia, my seven-year-old

1. Charles “Bud” Dorsey, the legendary west Louisville photojournalist, died at 80 last Thursday. On WAVE-3, Dawne Gee said, “For more than half a century, Bud Dorsey was the eyes, heart and the keeper of all the important pictures of the African American community and the fight for justice in Louisville. He showed every view of the African American community, and when I say every view…there are some who capture the protests, some who capture the sadness, but Bud Dorsey captured grandmothers and children and families and good times and bad times and fights for what is right. He captured the entire picture.”

In 2017, while promoting Available Light, his book with the Louisville Story Program, Dorsey told the magazine, “I’ve always wanted to be an artist. I just figured I could get a scene captured faster with photography.” He spent more than two decades as the staff photographer at the Louisville Defender newspaper, which primarily covers the West End. “Back in the early ’70s, I made the decision that I would document life in west Louisville — the good, the bad and the ugly. It’s changed from a professional, tight-knit community, with Black doctors and Black professionals, into a war zone. As people got bigger and better jobs with these giant companies like GE and Ford, all these professionals moved east and south.

“But I try to shoot photographs that cover this: unity. We’re one big family in Louisville, and west Louisville in particular. That’s what I try to show.”

A community memorial service for Dorsey is tomorrow at the Kentucky Center for African American Heritage (1701 W. Muhammad Ali Blvd.), with a visitation beginning at noon and a service at 1 p.m. Instead of flowers, you can make a contribution to: the Louisville Story Program, the Kentucky Center for African American Heritage, the 10th Street branch of the Louisville Free Public Library or the Black Media Collaborative.

2. In the C-J, you need to read Kala Kachmar’s detailed timeline of the night David McAtee was shot and died on the kitchen floor at his barbecue stand. Her reporting scrutinizes an LMPD officer’s use of a pepper-ball gun, which “provoked a series of events that ended with National Guard members fatally shooting McAtee when he fired his handgun after seeing his niece hit.”

3. In 2012, we published a story that had several locals — in the realms of business, education, entertainment, food, health, social services, sports, transportation and urban design — make predictions about our city in 2020. The sportswriter Pat Forde told me, “My three kids are swimmers, and there’s a group of youngsters, 12 to 15 years old, who have the talent to go to the Olympics.”

He recently wrote in Sports Illustrated about how his 22-year-old daughter, Brooke, who swam competitively in town at Lakeside, qualified for the Tokyo Olympics after an arduous journey.

4. “There’s a reason besides hard work that women make natural distillers. Scientists have long known that women have more nuanced senses of smell than men….That keen sense can be a big asset when you’re trying to decide if a fermentation is ready, or if you need to tweak the spice notes in a batch of whiskey” — from a New York Times story titled “In the Male World of Whiskey, More Women Are Calling the Shots.”

And this from the story too: One woman, who spent decades at Jim Beam, mentioned the myths about women and distilling in the early 1990s and recalled people thinking, “If it was that time of month, if you’re on your period, you’re going to mess up the yeast.

“When I left Beam 27 years later, I was making the yeast.”

5. Emilia, my seven-year-old, says the third floor at the Science Center is all about “expressions and feelings,” and this week at one of the exhibits she and other kids used sticky notes to describe the faces folks were making in pictures. 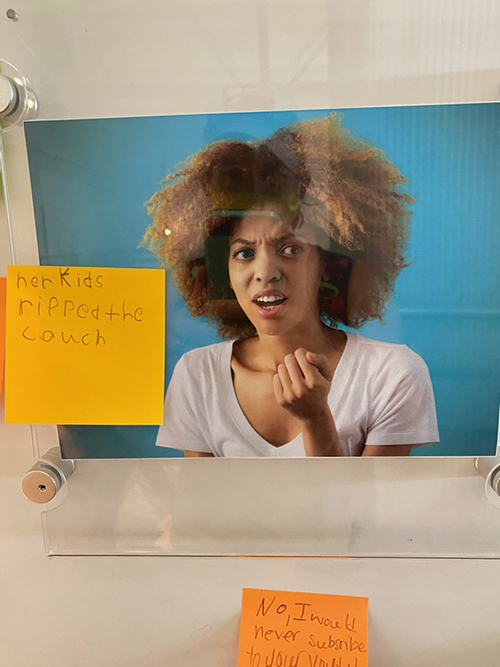 Support for Louisville Magazine comes from the March of Dimes, whose premier fundraiser, the Signature Chefs Auction, will be Nov. 11 at the Louisville Marriott Downtown, with more than 30 local chefs featuring tastings of their creations. 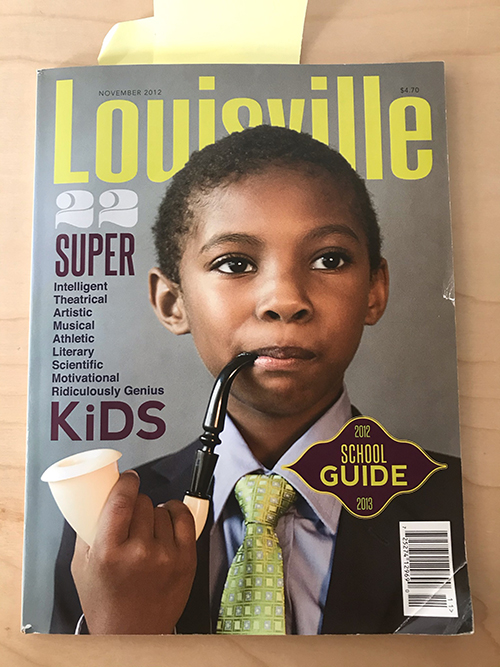 — was our most controversial cover (WHAT ARE WE TEACHING THE CHILDREN?!?!), certainly since I started at the magazine in 2007 but maybe ever. (EVEN A PRIEST WROTE IN!)

The cover subject, Benjamin Blackford, was a six-year-old kindergartener at Sacred Heart Model School. Last week his mother, Yolanda Shields, helped me get in touch with Ben — who’s going to be a 15-year-old freshman at St. X — so I could ask him some questions about what he’s up to nowadays. Shields says, “We recall all too well the folks who didn’t approve of the bubble pipe. I thought it was a charming, innocent take on the old-school scientists like Edwin Hubble. But, hey, we can’t all have the same sense of humor, can we? Ben was so young that we made sure he didn’t get exposed to that aspect of the whole experience.” 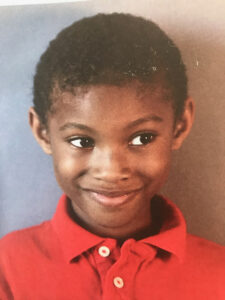 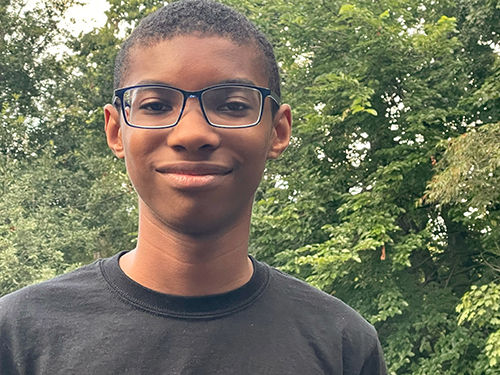 What do you want to be when you grow up?
“An astronomer.”

Favorite part of the solar system?
“Oort cloud. It’s like a place with trillions of comets.”

What else do you like about the solar system?
“I watched the meteor shower. I saw a white one with a tail and a yellow one that looked like a ball of fire. I went to the planetarium and saw Saturn, but I didn’t see its moon, Titan, very much.”

Favorite food?
“Broccoli with salt on it.” (Mom says, “Yeah, that broccoli response was hilarious. But broccoli was THE only vegetable he’d eat back then, much to my chagrin. So even though it was true, I guess he said that to impress me because I remember he looked at me during the interview like Is that a good answer? and I laughed.”)

And here’s what Ben has to say today:

What hangs on your bedroom walls?
“Stickers of the planets in our solar system, some UK stickers and a sign with my name on it.”

Favorite subject?
“Science because I get to learn how and why things work.”

Have you thought about your plans for after high school?
“Not yet.”

What do you want to be when you grow up?
“A programmer for a big company like Apple or Google in Silicon Valley.”

Which possession of yours do you consider priceless?
“My old Nintendo 3DS and a New Super Mario Bros. cartridge, which was the first video game I ever played.”

What makes a person smart?
“The ability to quickly understand new things and retain that information.”

What memories do you have from when you were on the cover?
“I remember the magazine release party at the Science Center. And I remember a photo shoot of me in a superhero costume, but those pictures weren’t in the magazine.”

Ben’s mother says, “We did two photo shoots, one the day of the interview with Ben wearing a superhero costume, and a second shoot at the art director’s request with the professor outfit. I personally preferred the professor photos. We still have the giant release-party poster framed and hanging in our office.”

From Biz First: “Lori Beck and Tyler Trotter, owners of Holy Grale and Gralehaus, announced their reopening plans for the beer bar and eatery in a Facebook post earlier this week.” Gralehaus will reopen in August, Holy Grale in the fall (with “much-needed” renovations), plus a new Grale Goods beer store next door. I wish I wasn’t telling the truth when I say I had a nightmare not long ago that Holy Grale was closed for good.

Before we had kids, Bri and I sat at the bar inside Holy Grale once a week. Bri, an idea: Even though we, uh, celebrated our 12-year anniversary last Saturday at Kings Island with the kids, how about a delayed 12-year-anniversary date at the Holy Grale? Promise it’ll make you forget about the couch.