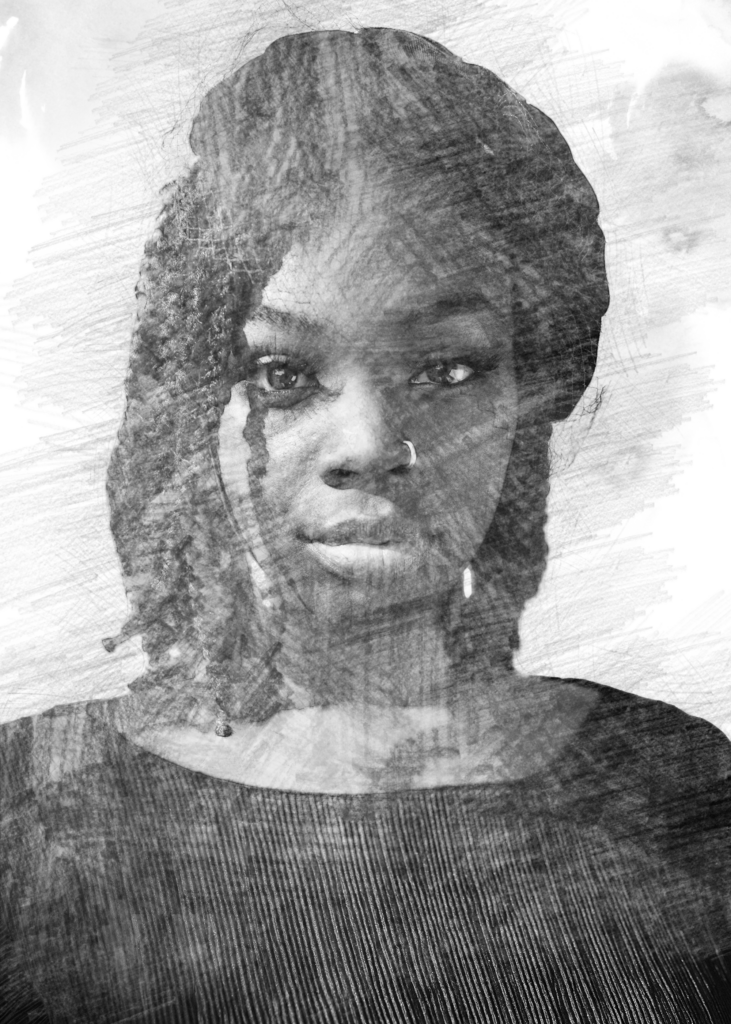 “Myself at one point. My job. Now, I’m working at a restaurant and am a beauty content creator.”

How has your relationship with Louisville changed since March 2020?

“My relationship with the city has been very untrustworthy. I don’t trust cops anymore, I don’t trust authority, and I’m very particular about which areas to go to in the city.”

“My neighborhood. My being an African American girl living in Valley Station, I have many challenges but an amazing family around me. I’ve had to balance being too Black for the white people too white for the Black people.”

Something about your neighborhood you wish more people knew about?

“Just because you live in a predominantly white neighborhood doesn’t make you less Black.”

“The Chicken Box in the PRP area. Omgggg, they had the best loaded fries and wings, plus it was Black-owned.”

“Bryson Tiller, ‘502 Come Up.’ He’s speaking about how it’s hard to get out of the city and do better. It’s motivating.”

“The outside of the Muhammad Ali Center is a work of art.”

“Issa Rae’s character on Insecure. Her energy is me.”

“Millennium Tour 2019 with B2K and Mario was my first concert at the Yum! Center. BEST EXPERIENCE EVER!”

“Travel outside the country.”

“No matter where you go, they recognize you.”